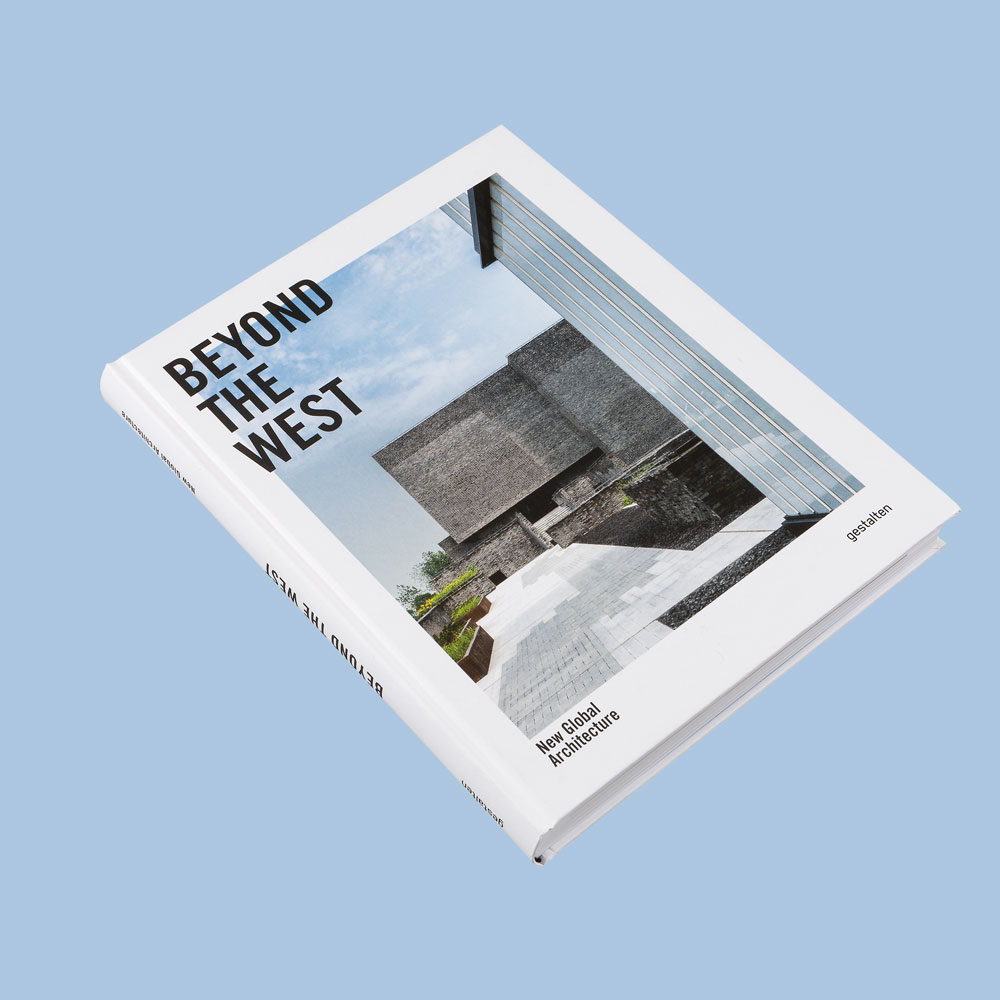 This edition of Culture Cue introduces a book on global architecture, a streaming platform on climate action, and a comedy-drama on 80’s fitness mania.

Water Bear is a new and free documentary streaming platform that focuses on sustainability, community, and diversity. Over 80 global NGOs support the project, which uses storytelling to raise awareness of environmental issues. Members can also make donations to charities or volunteer on campaigns. WaterBear describes its mission to “provide access to award-winning and inspirational content that empowers members to dive deeper, learn more, and take action.” For example, the series Breakdown is an in-depth look at how the industrial revolution and the discovery of fossil fuels have disrupted the balance of life on earth. The platform is backed by prominent names in the environmental realm, including Jane Goodall and Paul Watson.

Beyond the West: Architecture across Asia, Africa, and the Americas

Climate change, urbanization, and emerging societies are challenges architects are addressing all over the world. So why is it that academics discuss architecture almost exclusively through a Western lens? Beyond the West takes a look at the innovations of the built environment from a global perspective. The book introduces Mexican architecture studios that work closely with indigenous communities to create modular social housing that can be assembled in one week. It features a Namibian lodge in a wildlife conservancy designed to echo a local bird’s nest, while in Vietnam, a library and public space have created a micro-ecosystem to house fish and grow food. Inspiring architectural stories across Asia, Africa, and the Americas are assembled in this book that broadens our understanding of global architecture.

“For me, it is the last frontier, a mysterious universe of its own, where the immense power of nature can be felt as nowhere else on earth. Here is a forest stretching to infinity that contains one-tenth of all living plant and animal species, the world’s largest single natural laboratory.” writes photographer Sebastião Salgado in a signed Collector’s Edition soon available at Taschen. Sebastião Salgado has dedicated this book to the indigenous peoples of Brazil’s Amazon region who he has visited many times to document the daily life of the Yanomami, the Asháninka, the Yawanawá, the Suruwahá, the Zo’é, the Kuikuro, the Waurá, the Kamayurá, the Korubo, the Marubo, the Awá, and the Macuxi. “My wish, with all my heart, with all my energy, with all the passion I possess, is that in 50 years’ time, this book will not resemble a record of a lost world. Amazônia must live on.”

Physical: Fear and Loathing in the Fitness Era

The new Apple TV + series Physical traces the story of housewife Sheila (played by Rose Byrne), who suffers from an eating disorder battling against a vicious inner voice telling her that she’s “pale, pasty, fat, gross, disgusting.” Then Sheila discovers aerobics and embarks on a journey to success as a fitness queen in 80’s Reagan-era. Writer and producer Annie Weisman created the comedy-drama based on her own experiences with an eating disorder and embeds social commentary on serious issues such as mental illness, politics, and capitalism into the lycra and glitter aesthetics of the home-VHS fitness era. “It’s not just about body size. It’s not just the pressure to be thin, it’s telling the truth about what it takes to maintain a certain look and body, and that’s something I’m really interested in,” Weisman says in an interview with The New York Times.

Exhibition: The Dark Side of Documenta

Since 1955 the Documenta art fair in Kassel has been celebrated around the world. The Deutsches Historisches Museum now takes a closer look at the history of the art event considering the political, cultural, and social development of the Federal Republic of Germany between 1955 and 1997. Artworks, posters, oral history interviews, films, and documents show how much the personal interests of the founders shaped the view of the works of art. “Almost half of those who participated in the organization of the first Documenta had been members of the Nazi party, the SA or the SS. By contrast, works by Jewish or communist artists who had been persecuted or murdered were not present at Documenta. There was no place for the victims of persecution, war, and mass murder in the narrative of the young Federal Republic’s supposed ‘fresh start,’” writes Deutsches Historisches Museum.