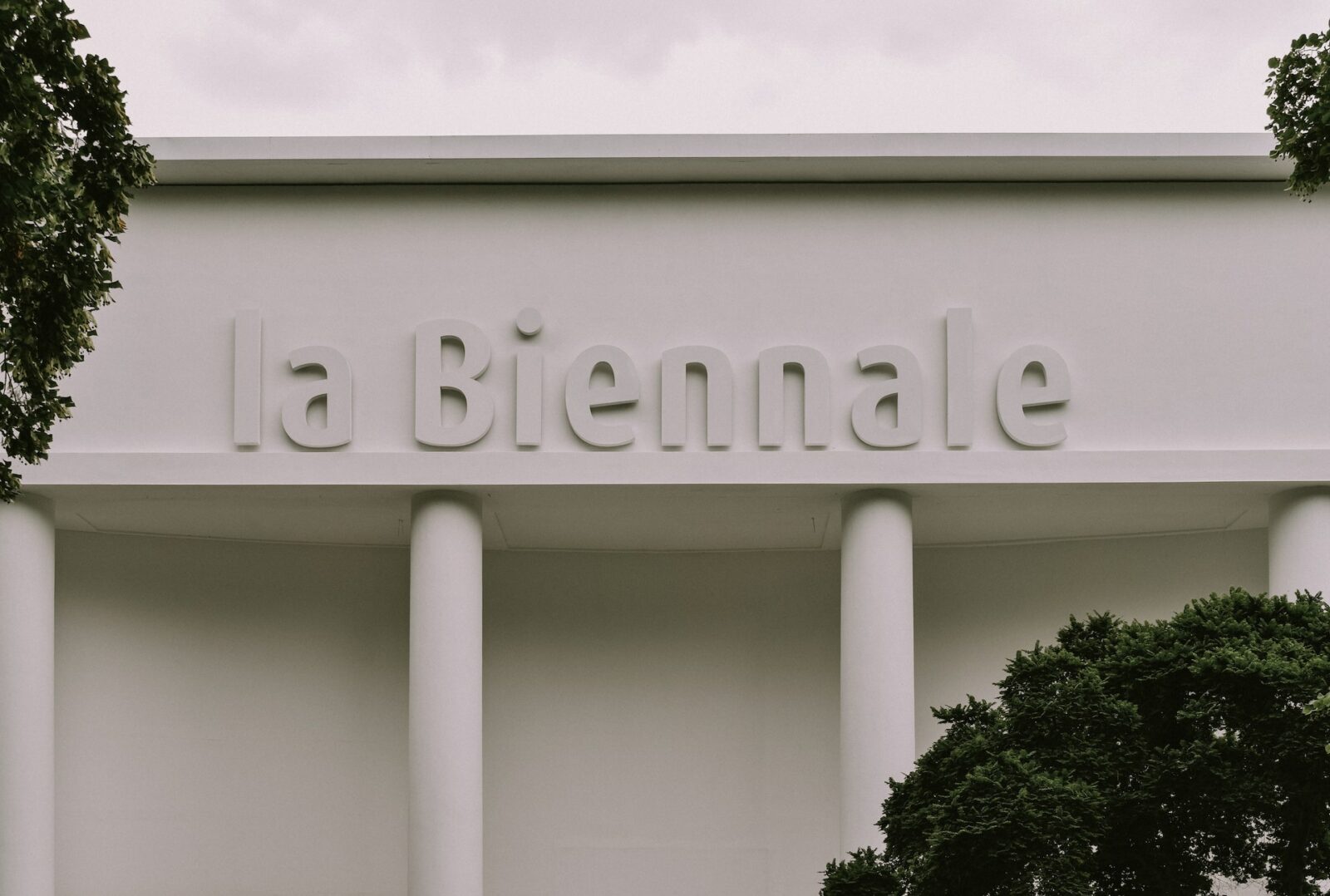 “Superblocks” Barcelona: Blueprint for the Green City of the Future?

The 59th Venice Art Biennale has opened. How is the international cultural scene reacting to the war in Ukraine? A reportage.

The sun is shining on this Thursday afternoon in Venice. Tourists sit in the cafés on the Riva Sette Martiri waterfront and sip Aperol Spritz; the water glitters in the St. Mark’s Basin. Just a 5-minute walk away, the contemporary art crowd strolls from pavilion to pavilion in the Giardini di Biennale. They have flocked to the lagoon city from all over the world for the pre-opening of the 59th Art Biennale. The Biennale shows the work of 213 artists in the leading exhibition titled “The Milk of Dreams.” Additionally, there are 58 countries also exhibiting in the national pavilions, which has earned the Biennale the nickname “Art World Olympics.”

The war in Ukraine seems far away. Only a towering sculpture of white sandbags, erected in the central square in the Giardini, recalls Russia’s invasion of Ukraine. In solidarity, the place bears the name “Piazza Ucraina.” The sculpture is inspired by the Ukrainian citizens who try to protect their works of art, historical monuments, and public statues with sandbags—hoping that they will resist the Russian bombardments. Next to the sculpture, on black burnt wooden pillars, hang posters of works that Ukrainian artists have created in the past months. Because of the war, it is logistically not possible to exhibit the originals. The photographs of the artworks are testimonies of life in times of war. They will be on display throughout the Biennial until November, with the images changing monthly.

A few meters from Piazza Ucraina, lies the Russian Pavilion. Only one policeman is patrolling in front of the mint-green building from 1914. Curator Raimundas Malašauskas and the Russian artists Alexandra Sukhareva and Kyrill Savchenkov have canceled the exhibition – the pavilion remains closed. In a statement on Instagram, Malašauskas writes: “This war is politically and emotionally unbearable. I was born and raised in Lithuania and witnessed the dissolution of the Soviet Union in 1989. The development of my country since then has made me optimistic. Just the remote idea of having to live under a Russian or any other empire again is simply unbearable.”

Biennale visitors ignore the Russian pavilion. Even during a guerrilla protest by Russian artist Vadim Zakharov on Wednesday, the first day of the pre-opening, only a small crowd gathers in front of the Russian pavilion – most of them journalists. Zakharov, who now lives in Berlin, represented Russia during the Biennale in 2013. Still and silent, he stands there, holding only a placard that reads: “I protest against Russian propaganda and the Russian invasion.” Quickly, more police officers rush to cover the poster. To a reporter, Zakharov says, “I think people should at least think about what they are doing here while the Russians are bombing women and children.”

The Russian pavilion at the Venice Art Biennale remains closed.

The protest action makes one think. Is it acceptable to celebrate an art festival in times of war? Ukrainian President Vladimir Selensky says: “Yes”. During the opening of the exhibition “This is Ukraine: Defending Freedom,” which took place in the framework of the Biennale, the Ukrainian Ministry of Culture broadcasted a video message from the President, in which he addresses the role of art: “Art can convey to the world things for which we lack words. Art can uniquely express our emotions and the suffering of Ukrainians.”

In addition to works by Ukrainian artists, the exhibition also features paintings in the colors of the Ukrainian flag by Takashi Murakami and Damien Hirst, the light installation “Your Lost Lighthouse” by Olafur Eliasson, a video installation by Marina Abramovic, and JR’s monumental photograph of five-year-old Valeria, a refugee child from Kryvvi Rih. In addition to President Selenski, Ukraine’s First Lady Olena Selenska, a screenwriter and cultural practitioner herself, also has a message: “We in Ukraine live with hope. Let there be art!”

“Fountain of Exhaustion”: a metaphor for a socially and politically exhausted country

Venice more than lives up to Selenska’s call. Art abounds here. It is so numerous that it would take weeks or even months to do justice to all the works. In addition to the main venue, Giardini di Biennale, a second exhibition venue is just a few minutes walk away – the Arsenale.

The historic brick building complex dating back to the 12th century was once the largest pre-industrial production facility of shipyards and armories in Europe. The Arsenale secured the naval power of the Republic of Venice from the Middle Ages to the early modern era. Today, the Biennale uses the 32-hectare site as an event location. At the entrance, a queue pushes forward inch by inch. Staff scans the QR codes on the invitations and reminds a few mask-muffins of the COVID protocol.

Next to the spacious exhibition area on the first floor, an escalator leads up to the darkened exhibition rooms. The Peruvian pavilion welcomes visitors with colorful collages and photomontages by artist Herbert Rodriguez under the title “Peace is a Corrosive Promise.” The art world tour continues through Turkey, South Africa, and Luxembourg to the last exhibition space, where the Ukrainian pavilion is located.

It is quiet in the dark room; only a soft splashing fills the air. The hustle and bustle of the first day have died down. In front of the brick wall stands a sculpture made of 78 bronze funnels. Water flows into each funnel, dividing at two outlets. At the bottom, water flow gradually exhausts itself and drips into a basin where small whitecaps form. “Fountain of Exhaustion” is the name of the work created in 1995 by Pavlo Makov, one of the most important contemporary Ukrainian artists. The fountain serves as a metaphor for the social and political exhaustion of his country after the collapse of the Soviet Union. “In the current context, the metaphor still seems valid, only in a more brutal and frightening version,” he explained during the official press conference at noon Wednesday.

Fountain of Exhaustion on display at the Arsenale exhibition venue at the Venice Art Biennale 2022.

The three curators of the Ukrainian Pavilion Maria Lanko, Borys Filonenko and Lizaveta German at the Venice Art Biennale.

Journey into the unknown: The escape from Kyiv to Italy

The Ukrainian pavilion could open mainly thanks to the three curators, Maria Lanko, Lizaveta German, and Borys Filonenko. On February 24, Lanko gets behind the wheel of her white car, the broken driver’s window covered with cardboard. Besides a few personal things, she stows three boxes with valuable contents in the trunk: the 78 bronze funnels of Pavlo Makov. After 6 days of hellish driving, she finally reaches the Romanian border. Later, emotionally and physically drained, she makes a stopover in Budapest and Hungary before finally landing in Austria’s capital, Vienna, where she continues to Venice. “We needed to participate in the Biennale,” she says, taking a seat on the U-shaped bronze bench set up in front of the sculpture. “For centuries, Russia has repeatedly tried to eradicate Ukrainian culture. Even as late as the 20th century, the best Ukrainian artists, writers, and poets were eliminated, their works destroyed.”

Venice Art Biennale: A piece of home in Italy

This is also happening in this war. Russian attacks target symbolic cultural sites – including Freedom Square in Makov’s hometown Kharkiv, the theater in Mariupol, and the Ivankiv Museum of History and Local History. The fire destroyed 25 works by Ukrainian painter Maria Primachenko. The curator of the Biennial, Cecilia Alemani, included two paintings by the Ukrainian self-taught artist in the leading exhibition “The Milk of Dreams” at short notice. More had not been possible, as Alemani had selected all the artists before the Russian invasion.

“In addition to destroying our cultural sites, many Ukrainian artists were appropriated by Russia. This is still happening today. For example, in Russian art catalogs, Pavlo Makov is listed as a representative of the South Russian school, not as a Ukrainian artist. That’s why it’s even more important for us to show that our culture exists, that we are different, and that this war is an imperial war of aggression.”

For the curators and the artist Makov, the Ukrainian pavilion is also a cultural embassy, a piece of home in Italy. “The media attention we receive is paid for with the blood of Ukrainians,” says Lanka. “We are therefore not appearing here primarily as artists, but as citizens of Ukraine. We have a voice, a forum to tell people about the war. In recent weeks, many have asked us, ‘Where have you been all these years?’ Nobody knows Ukraine, which also shows that we were not perceived as part of a democratic Europe for a long time. We don’t want to present Ukraine exclusively in the context of the war but also introduce the world to our art and mentality. After all, it’s the culture that makes a country.”