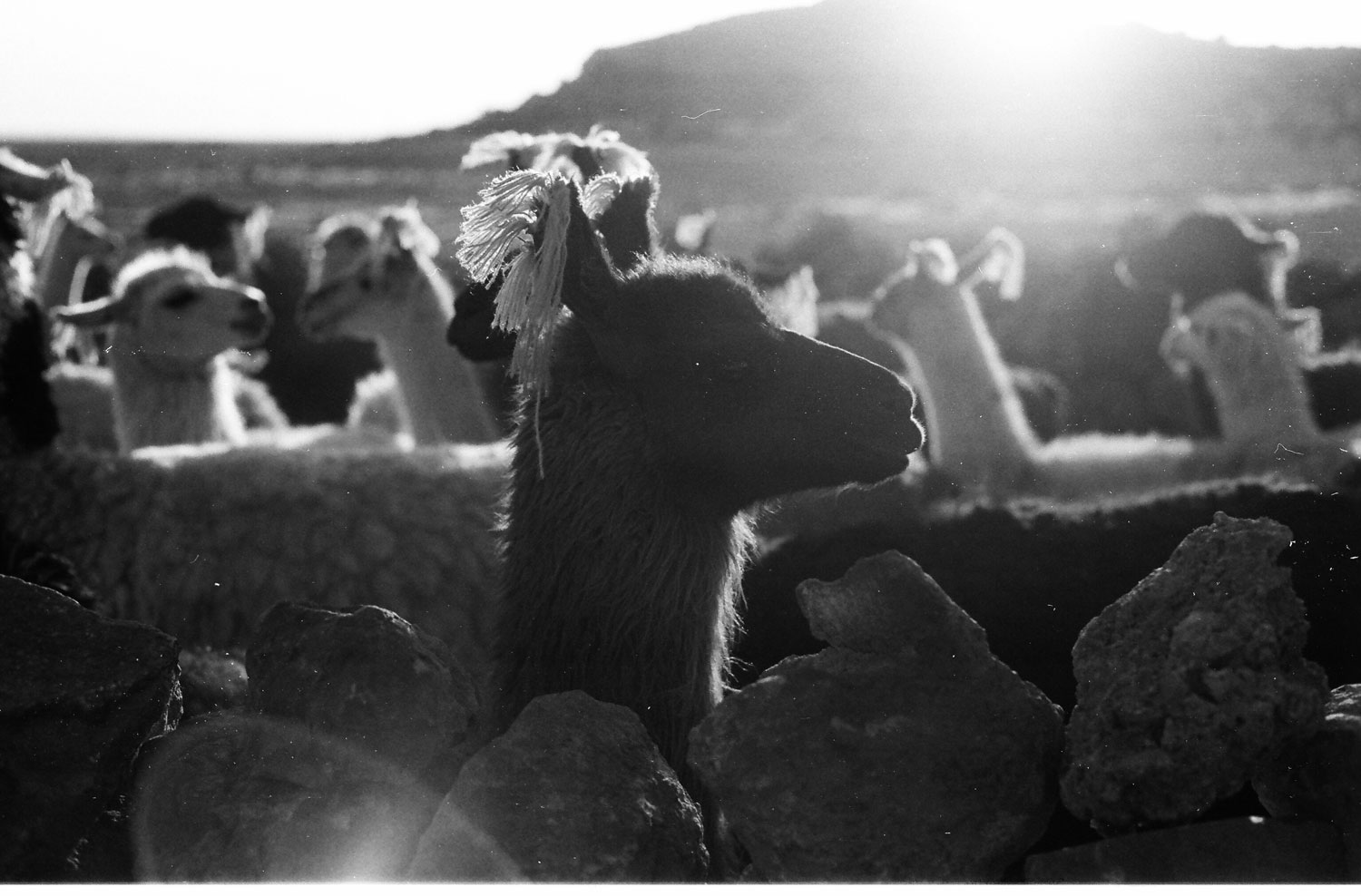 © All images by Alejandro Loayza Grisi

How to Talk with Children About Climate Change

In the critically acclaimed film “Utama”, Bolivian director Alejandro Loayza Grisi captures the consequences of climate change and the loss of cultural traditions in the Bolivian highlands. The eco drama, which won this year’s grand jury prize at the Sundance Film Festival, traces the story of an elderly quechua couple. Virginio and his wife Sisa suffer from an unusually long drought that poses a threat to their livelihood. They face a dilemma: resist or give up their way of life and move to the city with their grandson.

In this photo essay, Grisi shares a selection of personal photographs he took while shooting the movie and reflects on his approach to storytelling and the responsibility that comes with addressing social and environmental issues as a filmmaker.

“Bolivia is a culturally very diverse place and even for me as a local it can be challenging to understand. I was lucky enough to travel to almost every corner of the country while filming documentaries, which allowed me to get close to the people and their realities. That has changed my perspective. Besides visiting many Quechua regions I also have been to the places of the Aymara, Guarani, Tjiman, Chipaya, Ayoreo and Uchi Pimiona people. The learnings about these trips is that you always find more similarities than differences between people and cultures. It gives you hope that such a diverse territory can function as a state if we agree on the most basic notions.

In recent years there has been a global interest in indigenous communities and their relationship with nature. It may have to do with the process of globalization itself, with the inexhaustible human curiosity. At the same time, it comes with the awakening of hegemonic societies to cultural diversity and the need for representation. I read that people consume fiction to try to understand themselves and the world. They have been doing so since they lit the first fire in a cave. In that sense, if storytelling serves to understand the world better, we also must portray the whole world, not just the narrative that controls global fiction today.

“If storytelling serves to understand the world better, we also must portray the whole world, not just the culture that controls global fiction today.”

Globalization is undoubtedly one of the most significant contributors to the standardization of cultures and, thus, the loss of languages. I am not against globalization, but we must work to understand it better so that it is not simply a cultural imposition but a cultural mix with room for all voices. The language of the Quechua is fortunately still in good health, but many other languages and cultural traditions and stories in Bolivia are in danger of extinction.

There are, for example, many stories about the condor, which acts as a metaphor in the film. It is a sacred animal in all the cultures of the Andes. I like the belief that the condor is a protector of the mountains, which in the Andes makes it both the protector of water and life. I also like the story that Virginio tells his grandson Clever about how a condor commits suicide by diving into the rocks and what that death represents: the beginning of a new life cycle. In addition, in the film, the condor helps build an analogy between Virginio’s life-threatening disease and the death of the earth.

“I am not against globalization, but we must work to understand it better so that it is not simply a cultural imposition but a cultural mix with room for all voices.”

In general, the indigenous peoples who remain in rural areas have a much more reciprocal, logical, and healthy relationship with nature. In the cities, as we all know, we live far removed from the our origins. We are aware that the current model treats nature as an inexhaustible source of resources, all for the benefit of human beings, without measuring in any way the environmental impact and damage it causes. With Utama I reflected on these issues. When you write and direct a film, you always have to be very responsible with the subject matter you will touch on, especially if it is sensitive in human, political, and social terms. Research is elementary and allows you to approach each topic naturally and closely and with a deeper understanding. It helps you to identify the topics you want to address and the film characters you want to create.

“Cinema can unmask power imbalances and raise awareness of an environmental or social problem to spark a conversation.”

As a director, whether you are working on a documentary or a film, human proximity and sensitivity are also important to understand your subject, and create connections. We know that cinema is one of the most powerful communication tools; that’s why dictatorships always tired to control it. That’s also why it’s important for artists to be in tune with the medium. A truly free society is a society that encourages art without colors or flags. Cinema can unmask power imbalances, and raise awareness of an environmental or social problem to spark a conversation. Holding this tool in your hands, you can’t manipulate, lie or be biased. You have to pose questions and not dictate the answers. Let the audience come to their own conclusions. Cinema is also a tool for empowerment; using it with good intentions will benefit the communities you work with.”

Our new section Photographer’s Playlist shares a personally curated songs by each individual artist that releases to the topic of the photos featured. Here, Grisi shares his favorite songs from Bolivia.