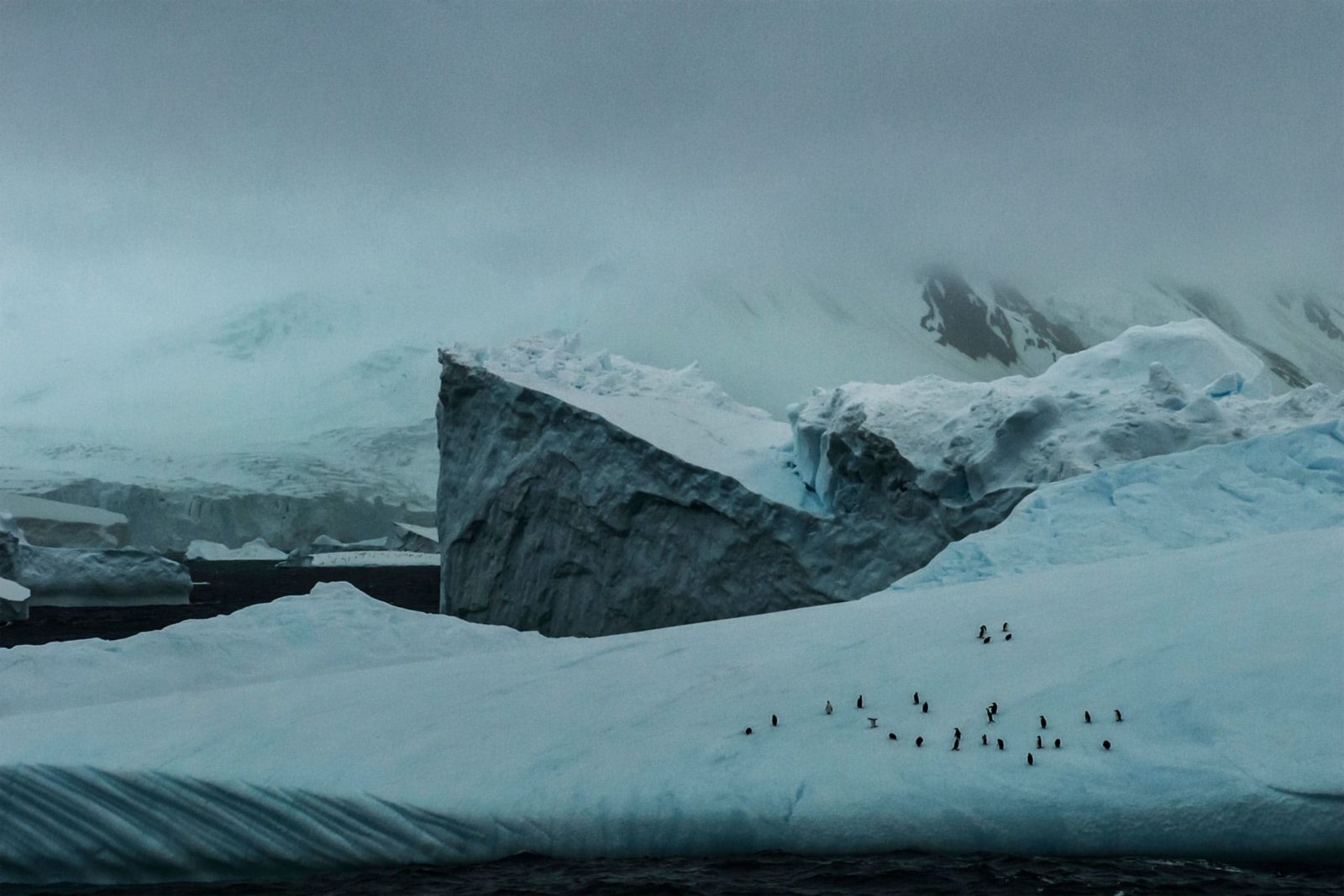 New Flavors For the Relaxed Cook, Martin Margiela, and a Moisturizer Made from Melon

American artist Patricia Carr Morgan photographed the world’s largest ice sheets in Antarctica and Greenland. She describes the ice as a “fragile force that even though it carved through mountains creating prairies and lakes, its strength diminishes day by day as the ice melts.” The images appear like abstract paintings and ice sculptures; one captured moment of the ever-changing landscapes.

Of every ton of ice on our planet, 900 kilograms lie in Antarctica. The continent is a vast frozen desert almost double the size of Australia. And it has an essential role in the global climate system. The massive ice sheet helps to balance the amount of solar heat the earth’s atmosphere is absorbing by reflecting the radiation back into space. If the ice melts due to the burning of fossil fuels and the resulting buildup of greenhouse gases, the planet loses its protective shield making it prone to global warming, and accelerating climate change.

After Antarctica, Greenland’s ice sheet is the second-largest. It covers 80% of the island. Greenland’s inland ice is 1,000,000 years old and up to two miles (about 3.2 km) thick. The melt of glaciers in Antarctica and Greenland is causing sea levels and ocean temperatures to rise. That changes the Atlantic Ocean’s circulation, which scientists link to extreme weather conditions like hurricanes, wildfires, and drought.

“Some crevices open into their depth, and when they crack, they crash into the sea. First, there is a swell, and then only a whisper as the ice floats away”

“The soft edges of the ice that had been warmed in the sun appeared gentle and belied their actual danger.”

“As the shape of the icebergs change, they roll over, split, or perhaps an ice tunnel collapses, causing unexpected dangers”

The American artist Patricia Carr Morgan traveled to Antarctica and Greenland to capture the ever-changing whiteness: “My first trip was to the Antarctica region. I stayed for about three weeks and was photographing the ice on land as well as from a Zodiac rubber raft. Hikes afforded views of penguins and albatrosses nesting and wide vistas of icebergs on the horizon. I took most of my photographs while perching on one of the pontoons of the Zodiac as we floated in the ocean. The soft edges of the ice that had been warmed in the sun appeared gentle and belied their actual danger. One had to keep a safe distance because, as the shape of the icebergs change, they roll over, split, or perhaps an ice tunnel collapses, causing unexpected dangers. When this did happen, I was far enough away to be safe but close enough for my heart to skip a beat. The glaciers leave the earth, inching their way to the sea. I cannot carve my name in them like Napoleon’s soldiers did at the pyramids. Some crevices open into their depth, and when they crack, they crash into the sea. First, there is a swell, and then only a whisper as the ice floats away, disappearing into the warming sea.”

Greenland is geographically part of North America. Politically it belongs to the Kingdom of Denmark with its own local government.

A few years later, Patricia went on a trip to Greenland. In addition to the glaciers and icebergs, she also visited a small Inuit fishing village called Paamiut on Greenland’s southwest coast. While strolling through the remote town, one sees seal meat and sealskins drying on racks under the brightly colored buildings. 1,600 inhabitants live here, in one of the most isolated places on the planet. The Dutch arrived in 1742 in Paamiut, and the community established an economy for furs, whale products, and soapstone carvings. “Prominent in the village is a cemetery with small white crosses marking the frequently short lives of fishermen and their families,” says Patricia. In earlier days, Paamiut was isolated entirely from the rest of the world during the winter months when no ship made it through the ice. Today that has changed, and the sea remains ice-free.

A pristine freshwater lake lies beneath 2.5 miles of Arctic ice. Scientists estimate it formed around 15 million years ago. A “terra incognita” – unexplored by humankind.

Through the melting ice, ocean water warms and sea-levels rise which will change our world’s coastlines.

“Politicians in Greenland see benefits in global warming and talk of the minerals, oil, and gas that are becoming accessible as the glaciers melt”

Politicians in Greenland says Patricia, see benefits in global warming and talk of the minerals, oil, and gas that are becoming accessible as the glaciers melt, and they look forward to foreign investments that will bring greater independence from Denmark.”It is different for the residents of the Inuit villages as life is becoming more difficult. Their subsistence is becoming marginal as fishing and hunting patterns have been disrupted, and farther north, the winter ice is no longer considered safe. Just as a visitor, one sees the scarcity of wildlife, and it won’t be long before the Inuit people are no longer able to survive in their traditional ways. I sadly foresee them joining in what will be a global warming migration to cities and other regions.”

Patricia, who exhibited her body of work under the name “I Love you don’t leave me,” drew inspiration from the love poem “He Whispers” by Russian writer Anna Akhmatova. “It could describe our dysfunctional relationship to our planet: “either be mine alone or I will kill you. We have always taken what we wanted from the earth as we marched forward into the twenty-first century. At first, we didn’t know what we were doing; we thought our planet’s riches were endless and its survival forever. Now we know we’re a mere interruption in the history of our world. We know we have broken its balance. The climate we’ve adjusted to over 10,000 years is getting warmer each decade.”