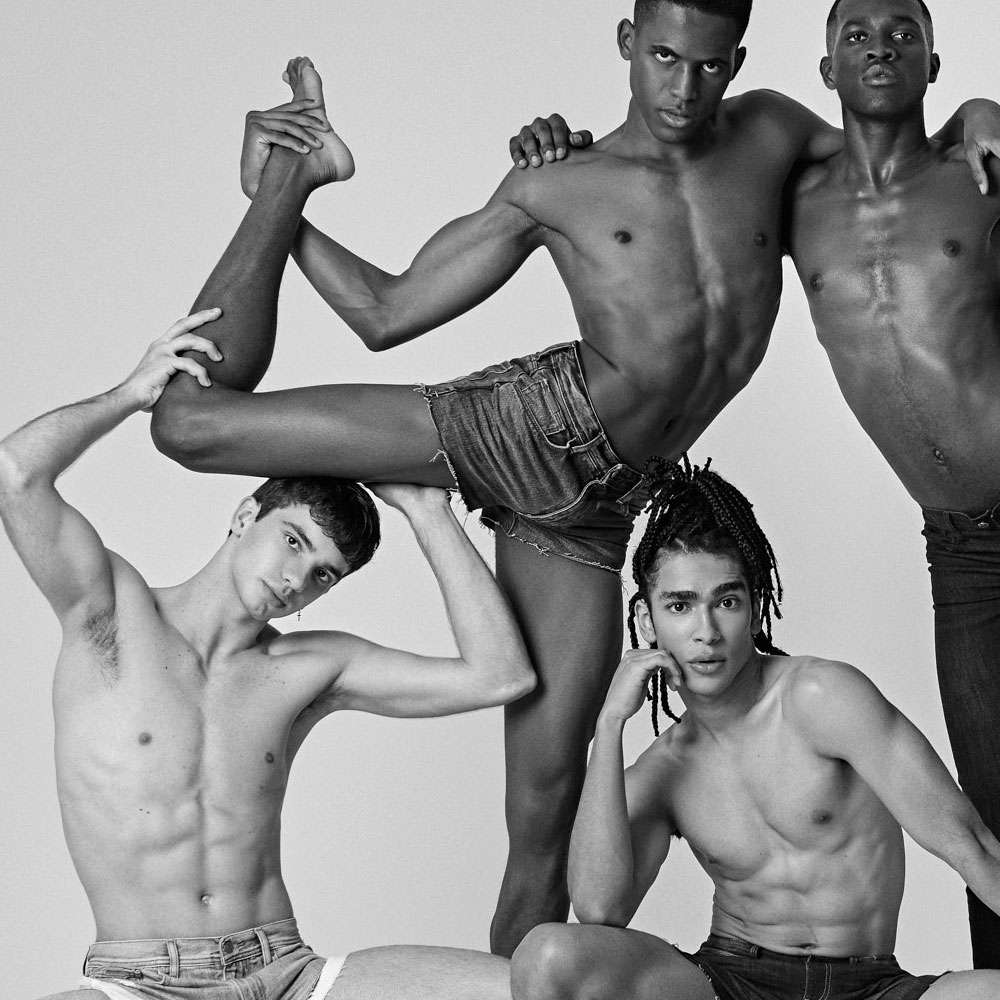 In part 5 of our interview series “Checking In”, which shines a light on the different realities creatives face all over the world during the coronavirus crisis, The Y Circus talked with Brazilian photographer Pedro Pedreira about lockdown-life in São Paulo and the thriving LGBTQ community in Brazil.

Brazil is now second behind the United States as the worst affected country for coronavirus cases. You live in São Paulo, which is currently the epicenter of Brazil. How do you experience the situation at the moment?

Pedro Pedreira: Every state and city are taking different measures, and we are all overwhelmed by this situation. The pandemic is escalating all over the country, and there hasn’t been a universal protocol to deal with it. It’s very tragic what is happening in the Amazon with the indigenous people as the death rate among them has soared drastically. There was recent footage of a hospital in Manaus, the capital of the state Amazonas, that had all the gear delivered to treat patients with corona, but it wasn’t set up. It was all still boxed and put aside because nobody knew how to install the equipment.

There is also a lot of political tension happening right now due to the fact that Bolsonaro wanted to fire the head of the federal police because he wanted someone in the role who would provide him with police intelligence reports. Just last week, leaked footage that shows Bolsonaro in a cabinet meeting saying: “I’ve tried to change our security people in Rio de Janeiro officially, and I wasn’t able to. That’s over. I won’t wait for my family or my friends to get screwed. If one cannot change the law enforcement official, one changes the boss. If not his boss, then the minister.”, and so his minister resigned the position.

What does your personal and professional situation look like at the moment?

I am fortunate that my family can support me financially during this moment. My roommate, who is a cinematographer, decided to cancel the lease for our apartment when the crisis started because we were afraid that we would struggle to pay the rent for the long term. And so, I moved back to my mom’s place with my boyfriend, he had been living with me for three months already. Now the three of us are together in her apartment, which fits us just fine. I feel privileged to be having this kind of stability at the moment. Thankfully, my family isn’t struggling financially, and most of my loved ones and friends are healthy. On a professional level, everything went so great at the beginning of the year. I finally had the feeling that my hard work was paying off. The week before the quarantine, I was pitched by Netflix and by ELLE Brazil to do a shoot, but all the jobs got canceled last minute, and I was hijacked from that reality pretty quickly. I haven’t had any jobs since it started.

Last year you did a spread in SambaZine, a new publication addressing the LGBTQ+ community in Brazil, which is a response to and a pushback of the homophobic rhetoric of Bolsonaro and from the queer community throughout the country. Please tell us more about the project.

Samba Zine was founded last year by Juliano Corbetta. I consider him almost like a mentor because he has been very supportive throughout my career as a photographer. Before Samba, he founded “Made in Brazil,” a well-known online platform and print magazine that has been ongoing for more than ten years. With Samba, he wanted to aim at the LGBTQ community by channeling the queer energy of the moment and being vocal about the discrimination from the government. A lot of artists in Brazil right now are queer and were featured in Samba Zine. It was all about casting these famous figures within our community – like painter Samuel de Saboia or activist Jup do Bairro – to build up these images. Samba is a 200-page thick testament to contemporary Brazilian queer culture celebrating creatives and giving them a platform to express themselves freely.

Do you feel less safe since Brazil is governed by a homophobic president?

I personally never had a bad experience, but of course, I can only speak for myself. It’s true, though, that a lot of people now dare to say things out loud they were only thinking about before. There is definitely more room for ignorance. But at the same time, I have the feeling that the community is even more powerful and vocal than before. That sense of community protects us and makes us feel safe, we just become closer and stronger. What I love about Samba is also the idea that a gay kid from the countryside, who maybe is not supported by his family, is coming across the Instagram account or the magazine itself and sees this document of queer culture and understands that there is this creative community out there, influential and thriving. For me, that is a very powerful thought.

How did you experience your own coming out? Did you feel supported by your family?

My mother has always supported me 100 percent, and overall, my father and the rest of my family have been mostly understanding. I came out around the age of 19, and not once have I regretted that decision. I can’t recall any particular traumas after I assumed it to myself and to others. Growing up, I remember being this very carefree and expressive child. I know, for my parents, understanding I would grow up to be a gay man, caused some arguing in the past, but we are now all on the same page, and they are both accepting of my sexuality.

From the beginning, I have been consistently working with male models. It has always been this challenge of extracting different expressions from them. When you are working with models, people might expect them to be natural performers, but I don’t think that’s true. A model is someone who is known for physical features, but that doesn’t mean they automatically feel confident in front of the camera. Most cases take a moment to convey and portray a lot of the impressions on these images. When I was in New York, I started talking a lot more to them, trying to learn about their background and understand where there could be insecurities we could work on. It has taken me a lot of observation and dialog. More and more, these exchanges shape into a method that allows me to approach them a little clearer every time.

I understand that I have to build this “safe zone” within the studio. Shooting exposed like some of these men do, they have to feel completely comfortable, and that’s why I have started focusing so much on my communication with them in recent years. I have to be very sensitive and respectful to create a level of trust in which models have the room to express themselves. I look at these men through a strictly professional lens and separate my nature entirely from my work. Otherwise, I wouldn’t see things happening the way they do.

Do you think it’s more challenging to shoot men than women?

I think women are such amazing examples of nuance, and their expressions often come out so strikingly. I know men are capable of doing the same, but they usually don’t know how because it’s something that is not encouraged. I’m talking about feelings, about their body language, but as well as a lot of the decisions we make daily in expressing ourselves as human beings. It lacks a certain consciousness there that I feel women excel with much more confidence.

Did you have an experience where it was just impossible to shoot a model because he was not at ease with the situation?

I’ve mostly been really lucky with my experiences. Sometimes, looking at the images later, if I feel a certain tension that I hadn’t noticed during the shoot, I usually address that with the person by asking him if there was something that made him uncomfortable. That feedback is often helpful for both of us.

The first year when I was back in Brazil, I shot a lot of guys from the agencies here. I often noticed they would only draw from a limited number of expressions. Most of them learn either at the job or by sticking to a few poses they know work for them because a photographer said so. I think there is so much more to express than just a few standard poses. Models, especially male models, should be taking acting classes, for example, to unleash more of their potential and discover their emotional side to better express themselves.

Ultimately, gender still has a lot to say about our corporal expressions, where I feel no matter if straight or gay, we should be freer to navigate the full spectrum of gender. It’s ok if today I feel like expressing myself as more feminine, and tomorrow I present this more masculine persona. I sometimes see within queer communities, you’re often all the way far on only one side of the spectrum. Either you build this very male image and look like a super perfect version of a straight guy, or you are flamboyant and feminine. There’s nothing wrong with either case, I just feel like nothing too extreme would suit me on a daily basis. I think if we were able to transition gender and play with it more freely, everybody would be happier. I’m addressing the queer community, mainly, but I think it speaks to straight men and women too. I recently finished a series of personal work in which I focused on this expression of the body, that has this very particular sensuality to it. It’s the languid body. It is a body that is tired because it’s not uptight, controlled, or tense. It exists precisely at the intersection between the genders. It doesn’t seem masculine or feminine. It’s just lying there, a human body.