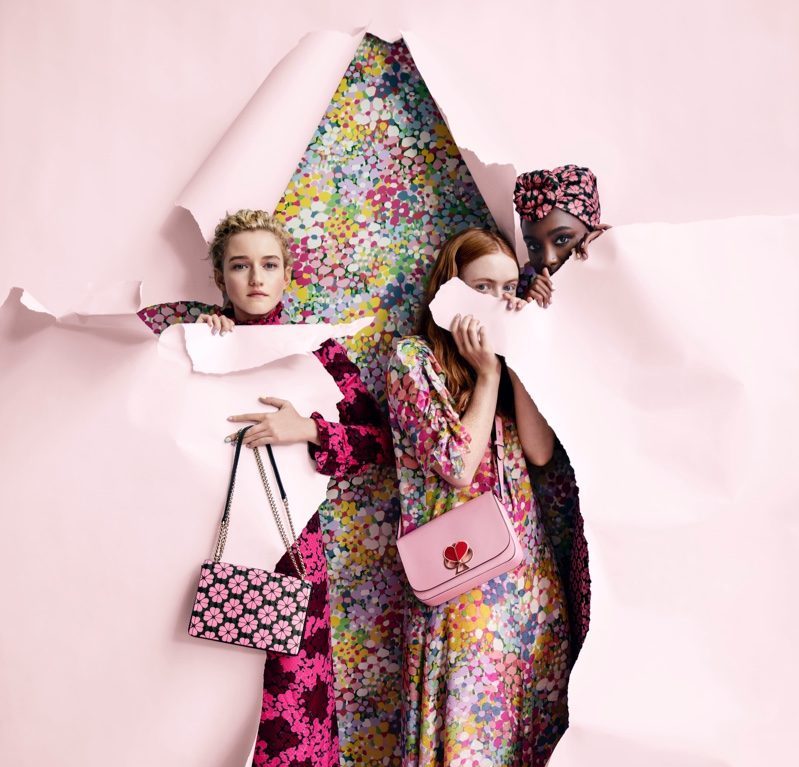 Jean Kilbourne is internationally known for her critical observations on the image of women in advertising, raising awareness of issues such as sexism, gender stereotypes, and the objectification of women’s bodies. Here she shares her expertise and experiences of over 50 years.

Different factors led me to study the image of women in advertising. I was involved in the second wave of the women’s movement and also very much interested in the media. I worked for the BBC in London and a film company in Paris in the 1960s. That sounds much more glamorous than it was. I was a secretary because the job opportunities for women were limited at that time. I also did some modeling on the side, so I experienced the industry from different angles.

Modeling was one of the few ways a woman could make significant money, but there was a lot of sexual harassment. Although at that time, the term didn’t even exist, nobody was aware of it. In those days, models weren’t famous; it was before the era of the supermodels. I also experienced harassment from a renowned American fashion designer. It was very alienating, and I didn’t pursue a career in modeling.

In 1968 I saw an ad for Ovulen 21, a birth control pill that read: “Ovulen 21 works the way a woman thinks — by weekdays not by cycle days!” There was a photo of a smiling woman, and inside her head were seven illustrations that represented the different days of the week. Monday pictured a laundry basket, Tuesday an iron, etc.. The message was that women were too stupid to remember their cycles, but at least they could not forget the days of the week and the work they had to do. I remember thinking to myself, “This is atrocious … and it is not trivial.”

I put the ad on my refrigerator with a magnet and collected similar ones. Gradually I recognized a pattern. I made a slide presentation and gave lectures on the topic throughout the United States. Nobody was doing it back then, and even other feminists didn’t think it was worthwhile. They said, “We can’t deal with this right now; we are fearing more serious issues like violence against women.” And I would say that these two things are related. Objectification of women’s bodies creates a climate that encourages violence and abuse. I always saw objectification, the obsession with thinness, and the unattainable ideal of feminine beauty, as very serious problems.

Ads not only sell products; they sell concepts of love, beauty, success, sexuality, and, perhaps most importantly, of normalcy. The average American is exposed to 5000 ads per day. A lot of people underestimate the effect they have on us and consider themselves immune to persuasion. Stan Gross, the former editor of Ad Age, wrote: “The conscious mind receives only 8% of an ad’s message; the rest is worked and reworked deep within the recesses of the brain.” As we process advertising unconsciously, these unhealthy images create a toxic cultural environment.

Violence against women and the obsession with thinness are public health issues that affect us all, men and women. I’m not saying that advertising directly causes these problems. That would be an oversimplification, but it fuels them. The ads create a climate that normalizes stereotypes and harmful attitudes. For example, the body language of women in advertisements is often passive, vulnerable, submissive, and very different from the body language of boys and men, who appear strong and dominant. Often grown women are infantilized in advertising, posing in silly or childlike ways, looking like little girls. Sometimes their mouths are covered as if they are being silenced.

Good girls go to heaven, bad girls go to alexanderwang. #Collection1, drop 2 is here and is dedicated to women who make their own rules and redefine stereotypes. @anokyai wears the angora championship cardigan, triple a logo underwear and a1 sneakers, in stores now. – Photographed by @briannalcapozzi, styled by @haleywollens.

Another disturbing element in advertising is the sexualization of little girls. And this occurs in a culture in which there is widespread sexual abuse of children. Research also shows that girls exposed to sexualized images are more prone to eating disorders, low self-esteem, and depression.

The hiring of extremely thin models and the widespread use of Photoshop create an impossible ideal of female beauty. Girls not only compare themselves with models but with their peers who are digitally altered too. Today it’s effortless to apply filters or use apps to change the way one looks. Girls and women are encouraged, even driven, to strive for an appearance that doesn’t exist in real life. They also are conditioned to invest a lot of energy, time, and money in this pursuit instead of focusing on more important things.

Many ads show women’s bodies or even just parts of their bodies as objects. Transforming a human being into an object is almost always the first step to justifying violence against this person. We see this with racism, with homophobia, with terrorism. It’s always the same process. When a person is dehumanized, violence becomes inevitable.

I want to be very clear that there is nothing wrong with wanting to be sexy and attractive. Just about everyone wants this. What’s problematic is the very narrow definition of attractiveness and sexiness – and that girls are encouraged to aspire to nothing else. Being hot becomes the most important measure of success for girls and women. This superficial and limited definition of sexiness makes most women feel insecure and vulnerable.

In advertising, sex has always been used to sell, but today it’s far more graphic and pornographic than ever before. A visitor from another planet who just looked at our pop culture would have to come to two conclusions: the first is that sex is the only thing that matters, and the second is that sexuality belongs only to the young and beautiful. If you are not young and perfect- looking, you have no sexuality. This approach is actually highly anti-erotic.

Beauty ads, mostly through the use of Photoshop, create the illusion that one can escape signs of aging by buying the right products. Tangentially, they sell the idea that signs of aging are ugly, especially for women.

We are surrounded by these images and messages every day. We must become more aware of the harm they do and teach our children to be resistant. I’ve always been an advocate of media literacy. Boys and girls starting in kindergarten should learn how to understand the media and deconstruct an ad. They should learn that when Kim Kardashian posts a picture of an appetite-suppressing lollipop on Instagram, she does so for money, not because she is sharing insider tips with her friends on social media.

Besides media literacy, it’s crucial to have honest, accurate, and age-appropriate sex education for children and teenagers The United States is the only country in the developed world that doesn’t teach sex education in its schools. Our young people are paying a terrible price. We have the highest rates of teen pregnancy and STI’s of any developed country.

When we do teach sex ed, we usually promote “abstinence-only” programs that do more harm than good. We teach our children that sex can hurt and even kill them but not that it can bring joy and intimacy and is an essential and healthy part of life. Good sex education is not only about sex. It’s also about relationships. It seeks answers to questions like: What is a healthy relationship? How do I get and obtain one? How do I deal with conflict?

Good sex and relationship education also questions traditional gender stereotypes. A severe issue for boys and men is that masculinity is so often linked with violence in our popular culture. Boys grow up in a world where men are often shown as perpetrators of violence, especially against women. They grow up in a world that encourages them to be tough and insensitive. Boys get the message very early on that communicating their emotions and caring about other people are weaknesses rather than strengths. But it’s impossible to have a successful intimate relationship without being vulnerable. Boys also internalize the notion that success and attractiveness are tied to a muscular body, power, and dominance. Some advertising trivializes battering and reinforces power dynamics that degrade and harm women, and increase the likelihood of actual violence.

Advertising is never going to be in the vanguard of social change because its primary purpose is always to sell something. But the public has the power to initiate change. People are becoming more aware of advertising messages. And we see a bit more diversity in advertising because people are demanding it. For example, a recent Gillette razor commercial shows a man teaching his transgender son how to shave. The ad was a risky move for Gillette, and it did get a lot of backlash on the Internet, but there were also some very positive responses.

Another good example is the “Like a Girl” commercial by Always, a brand for sanitary pads, which ran during the 2015 Super Bowl. I thought that was a good thing. Even if Always did this only for good public relations, they still got an important message in front of an audience that would usually never see it.

The advertising industry has, for so long, defined female beauty in a very narrow way. A woman had to be young, thin, light-skinned, and conventionally good-looking to be considered desirable. Within the last years, I do see a little bit more of diversity in terms of color, ethnicity, race, and body types, but there is still a long way to go.

About the Author: Jean Kilbourne holds a B.A. in English from Wellesley College and a doctorate in education from Boston University. Her films, lectures and television appearances, including NewsHour, The Today Show and The Oprah Winfrey Show have been seen by millions of people throughout the world. She is the author of the books Can’t Buy My Love: How Advertising Changes the Way We Think and Feel and So Sexy So Soon: The New Sexualized Childhood and What Parents Can Do to Protect Their Kids (with Diane E. Levin).