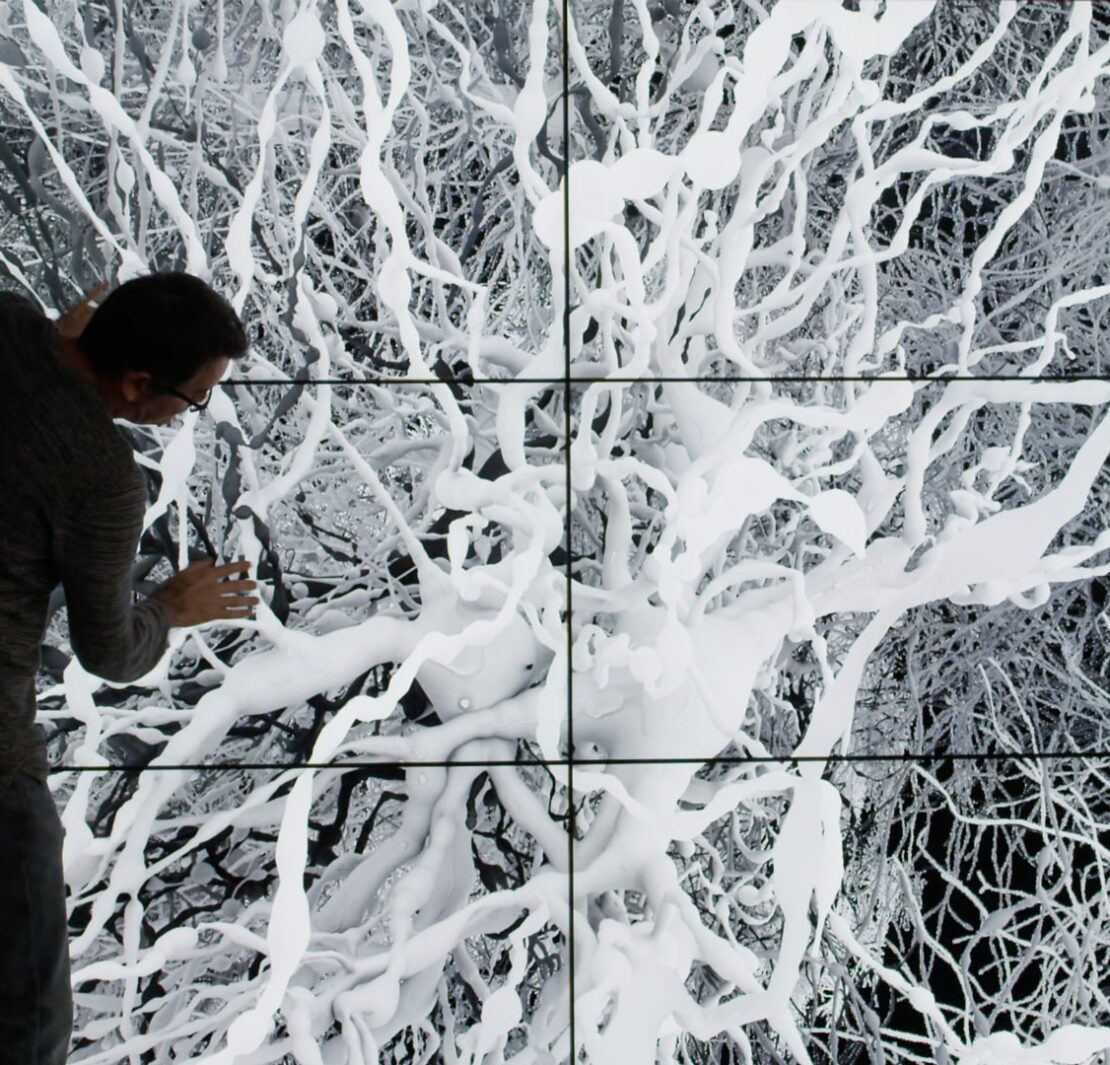 In Silico – Documenting the Birth of Simulated Consciousness

The documentary “In Silico“ traces the story of luminary neuroscientist Henry Markram who sets out on a mission to create a computed model of the human brain to simulate consciousness. In a TED Talk from 2009, he explained it would take him ten years to construct a full-scale model of the brain. Filmmaker Noah Hutton, a fan of Markram, captured the ambitious approach for a decade, interviewing the scientist once a year at the Mind Institute of the École Polytechnique in Lausanne to document the project’s progress. What originally was intended to be a story about outstanding scientific achievement soon turns into an insightful glimpse into the scientific world, with its political hurdles, egos, and struggles for funding. During the course of the documentary, director Hutton evolves from a fan to a more objective and critical observer, which gives the documentary its credible strength.

Björk and Robin Wall Kimmerer on Our Relationship with Nature

The series “Artists on Writers, Writers on Artists” by Artforum recently featured a conversation between multidisciplinary artist Björk and acclaimed scientist Robin Wall Kimmerer, who works at the intersection of indigenous and Western scientific knowledge. During their insightful conversation, they touched on topics such as how language plays a crucial role in expressing our relationship with the natural world and how we psychologically and socially deny the fact that we are part of nature.

Brian Eno: “The musician and artist, 74, on doing something about the climate crisis and a great joke he heard the other day”

In this interview with Brian Eno, recently published in The Guardian, the artist and musician addresses why he “exists on a tightrope between pessimism and optimism,” what makes him hopeful about the future, and the two stages of thinking about climate. Last year, Eno founded EarthPercent, a charity aiming to raise $100 million from the music industry to support the “most impactful organizations addressing the climate emergency”.

The Science of Symmetry

Symmetry is everywhere around us, from the streamlined shape of a shark to the hexagon of a snowflake. It has fascinated the ancient Greeks, philosophers, architects, and astrophysicists for centuries. In this video, scientist Laila Moubayidin explains why symmetry rules life on Earth and how some animals have broken its law to adapt to their environment more smartly.