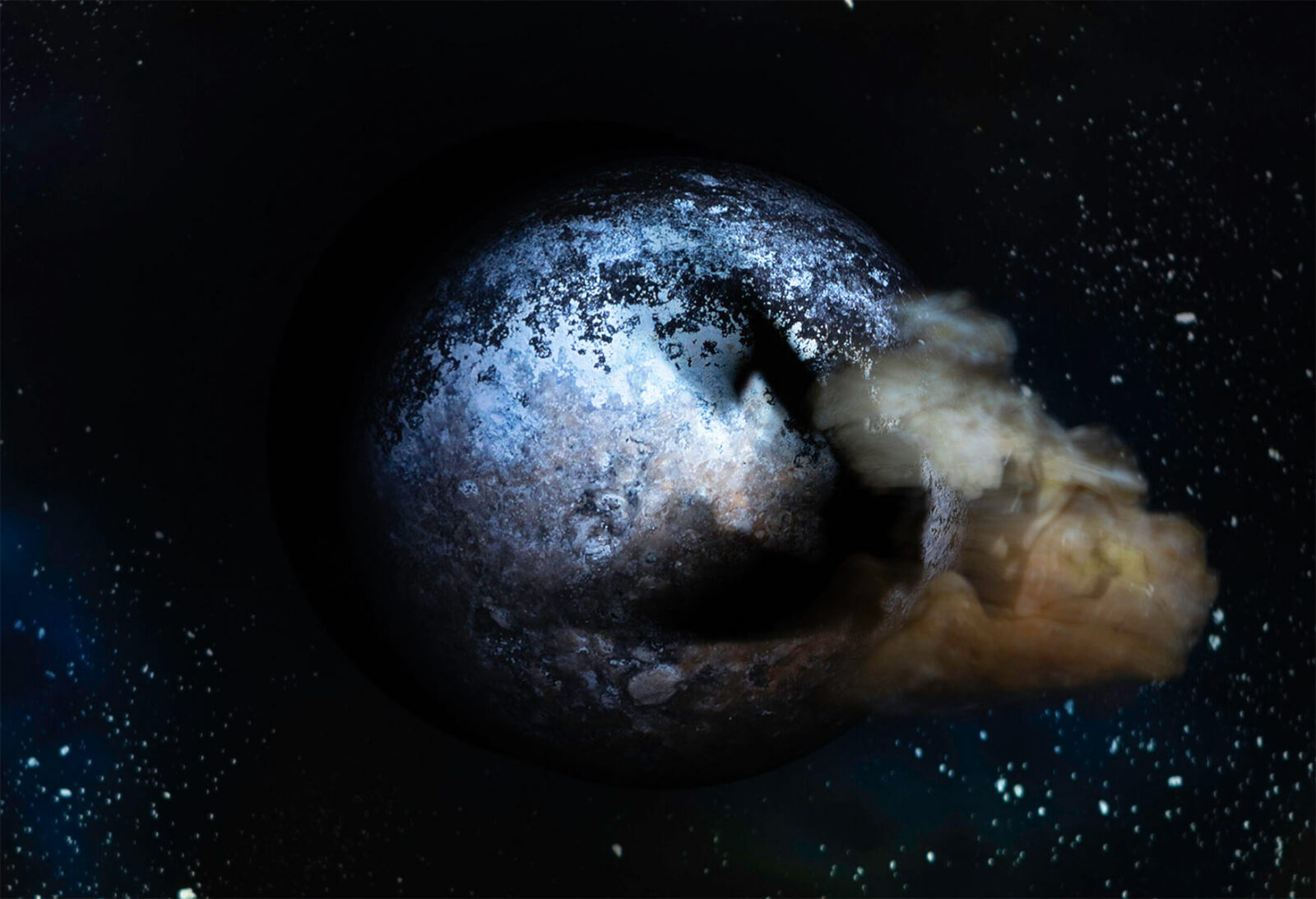 All images by Mandy Barker

British Photographer Mandy Barker dedicates her photography to raising awareness of plastic pollution in our oceans. Even after 12 years, she portrays the many perspectives of the issue in captivating and compelling imagery. By combining scientific research and fine art photography, she highlights the harmful effect plastic pollution has on marine life and ourselves – inspiring the viewer to take action.

“In 2019, scientists invited me on an expedition to Henderson Island, one of the most remote islands on the planet in the middle of the South Pacific Ocean. It was a fantastic opportunity because the governments that own it don’t usually allow people to go. It’s also one of the world’s only two elevated coral atolls. Ten plants and four land birds are endemic to the uninhabited island, which means they exist nowhere else in the world. It’s a very important ecosystem, but scientists also named it one of the most plastic-polluted places in the world. It is remarkable when you consider that the island is 5000 kilometers from the nearest landmass inhabited by humans.

While the scientists were researching, I picked up plastic on the shorelines and photographed everything washed up on the beach. We collected microplastic fibers and other debris that scientists used in their research. Ultimately, I created a visual diary as an interpretation of their work. They later used some of my images for several scientific research papers. It helps science to have a visual idea alongside the research because often, scientific papers can be pretty dull. They are not very approachable to the public. Hopefully, my pictures can attract people to the articles.

Plastic turtle recovered from Henderson Island from Barker’s series “Shelf Life”. The image represents over 600,000 hermit crabs that die each year from being entrapped in plastic, causing serious impact on populations that play a crucial role in maintaining tropical ecosystems.

I also made the series “Shelf Life” and “Lunasea” out of the images from Henderson Island. The photographs of Shelf Life represent the life of recovered plastic objects that have at some point existed on a shelf, within a supermarket, shop, storage unit, or home. It’s plastic manufactured on land that has found its way to the natural reef and coral “shelf” of Henderson Island. We found marine plastic from over 45 major brands and 25 countries on Henderson Island. “Lunasea” consists of recovered buoys representing ‘moons’ in a blurred orbit of moving plastic and coral dust.

From the series LUNASEA: Eclipse No.29 – Hair Brush, Made In Indonesia. Moon eclipsed by hair brush recovered from Henderson Island, June 2019. (Background includes; swirling sea of plastic pieces and coral dust from Henderson).

The focus of the research on Henderson Island was also to see how ocean plastic affects the animals living on polluted beaches. Scientists discovered that the strawberry hermit crab especially suffers from plastic pollution. The animals crawl into plastic bottles, and when the container lies with the opening facing upward, they become entrapped and die after a few days. We found more than 500 dead and alive hermit crabs in one bottle. That’s because hermit crabs use the odor of dead conspecifics to locate available shells. A hermit crab protects its soft tail using these empty shells. And when they have outgrown it, they move to a bigger one. So the smell of dead crabs attracted others, which turned into a lethal lure. The findings showed that the accumulating plastic on these islands could seriously impact hermit crab populations. This fact is also essential for countless other islands where crabs and debris overlap, as crabs play a crucial role in maintaining tropical ecosystems.

In my work, I try to address plastic pollution from different angles. Sometimes, it’s not easy to bear. For my series “Still,” I accompanied scientists to Lord Howe Island, between Australia and New Zealand. It’s home to one of the largest colonies of Flesh-Footed Shearwaters. And it was the first time I’d seen for myself how these birds were being affected by plastic. Alongside scientists, I picked up dead or dying birds on the shoreline. These young chicks were about to fly out to sea and start their lives. And they’d accidentally been fed plastic by the parent bird. The scientists took them back to the lab, cut the stomachs open, and pulled out many pieces of plastic. That was just horrific to witness and emotionally draining. I didn’t take any photos for about three or four days because it was so upsetting. You could even feel the crunch of plastic in their stomachs while holding them in your hands.

The War Within: In “Open Wounds,” Photographer Younes Mohammad Captures the Challenges of Life after Combat

Dignity in death, after ingesting marine plastic pollution, Lord Howe Island, Australia. The photographs aim to represent each individual Shearwater with dignity during death, and as a contradiction between the dying birds and the stunningly beautiful environment of Lord Howe Island. The series forms a narrative of a Shearwater’s life once lived, a playground in blue seas and skies, forest habitat, and the surroundings that make up this breath-taking tropical island.

But as most people know today, it’s not only about the visible pieces of plastic that affect the environment. I’m also very interested in addressing the microplastic issue. The larger objects break down less than five millimeters in size and eventually into nano plastics, little powdery pieces you can hardly see. But it is ingested by plankton at the bottom of the food chain. And once it gets into plankton, it goes into fish and eventually ends up on our plates. Just a few months ago, scientists discovered microplastics in human blood for the first time.

The problem is that plastic is a relatively new issue. Although it’s been going on for some time, scientists have only checked it seriously in the last 15 to 20 years, which isn’t very long in research. They need more time to analyze and see how things have evolved over many years. Climate change has been researched for the last 50-plus years. And they’ve seen a gradual increase in the problem up until now, but plastic is relatively new. So they need more time to evaluate how it affects humans properly.

I feel everybody knows about the plastic problem now, which is a good thing because that wasn’t the case ten years ago. So I feel grateful that I’ve helped get some awareness out there. But now we need to do something about it. What gives me a little hope is that the United Nations recently acknowledged that plastic is a problem. And within the next two years, they’re creating an international agreement to make countries sign up to manage it properly. They’re putting together policies that will cover the usage and production of plastic. And I hope that it will be a first step toward stopping manufacturers from pumping out plastic uncontrollably.”